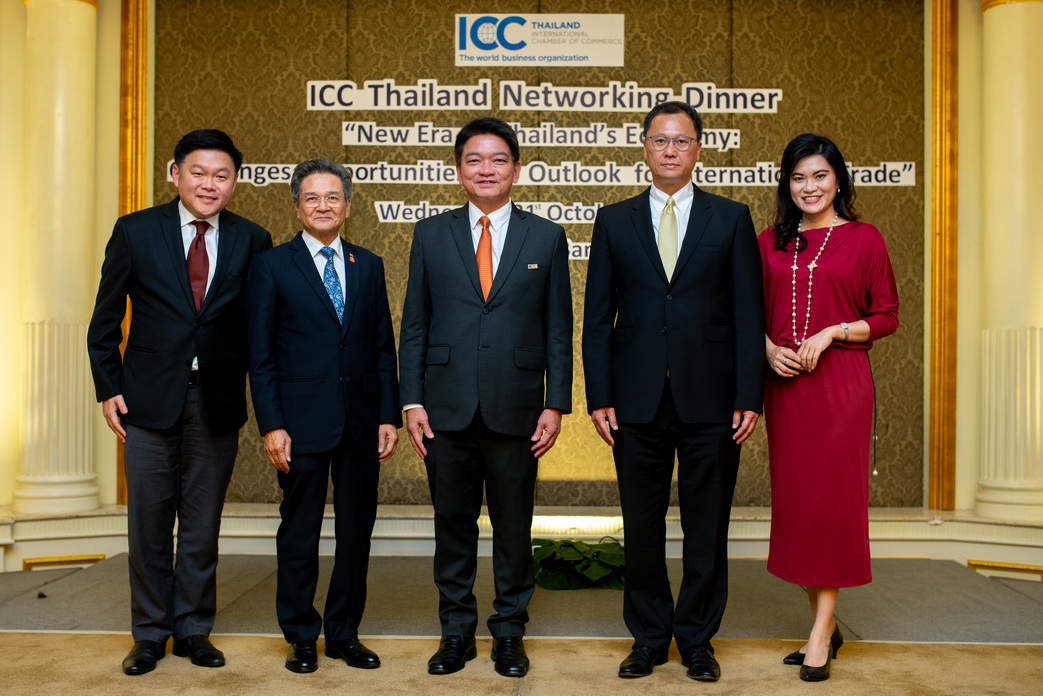 Mr. Thongchai Ananthothai reiterated that the economic growth would slow down slightly next year. However, what needs to be considered is the overall sentiment internationally, including how the main economies such as the United States and China would perform, which would have an effect on Thailand. Key factors that would give Thailand a boost would be private consumption and government expenditure on mega projects and infrastructure. Tourism would continue to be a key sector next year, however Mr. Thongchai predicts that tourism will be slightly lethargic compared to the current year 2018, picking up towards the latter end of 2019.

About trade war, Dr. Kirida Bhaopichitr of the Thailand Development Research Institute, shared her viewpoint confirming Khun Thongchai's assessment that the economic growth will be slower next year. When asked to reflect on the trends in global trade, she said in the short and medium run, the global impact would slow down Thailand’s economy, but eventually there will be positive outcomes. She added that there is a need to monitor the movement of not just major economies but also that of emerging markets such as Indonesia, Brazil, and South Korea, to name a few. A major risk factor for Thailand in 2019 would perhaps be the US deciding to target Thailand, whereas an opportunity for the country would be to engage in trade diversion.

The next speaker, Mr. Bunn Kasemsup of SCG Trading Company Limited, further touched on the trade war declaring that it was not a temporary protectionist approach but was becoming more extended and progressive, with no end in sight for the time being. However, no one will be benefiting from it and in fact, it will only be detrimental to who is instigating the war.

Wrapping up the panel discussion was the fourth speaker, Mr. Arin Jira, who is Chairman of the ASEAN Business Advisory Council of Thailand. As Thailand holds the Chairmanship of ASEAN next year, the nation will head the economic bloc to further enhance sustainability and connectivity with the theme of Empowering ASEAN 4.0. In order to achieve the goal of connectivity, the digital economy has a big role to play.

The former ICC Thailand Chairman, Mr. Kiat Sittiamorn, voiced some concerns about the trade war, and about the Chinese looking for another base and opting for Vietnam over Thailand.

There were also reflections on the direction of the trade war and who would come out as winner from that war. All panelists agreed that the trade war would only bring destruction and that there would be no winners.

The event came to a conclusion with Mr. Kiat adding that it was not what the outcome of the trade war would be the only factor to consider, but how we were all to collaborate together by considering all the factors that were brought forth during the discussion and to steer the economy forward. 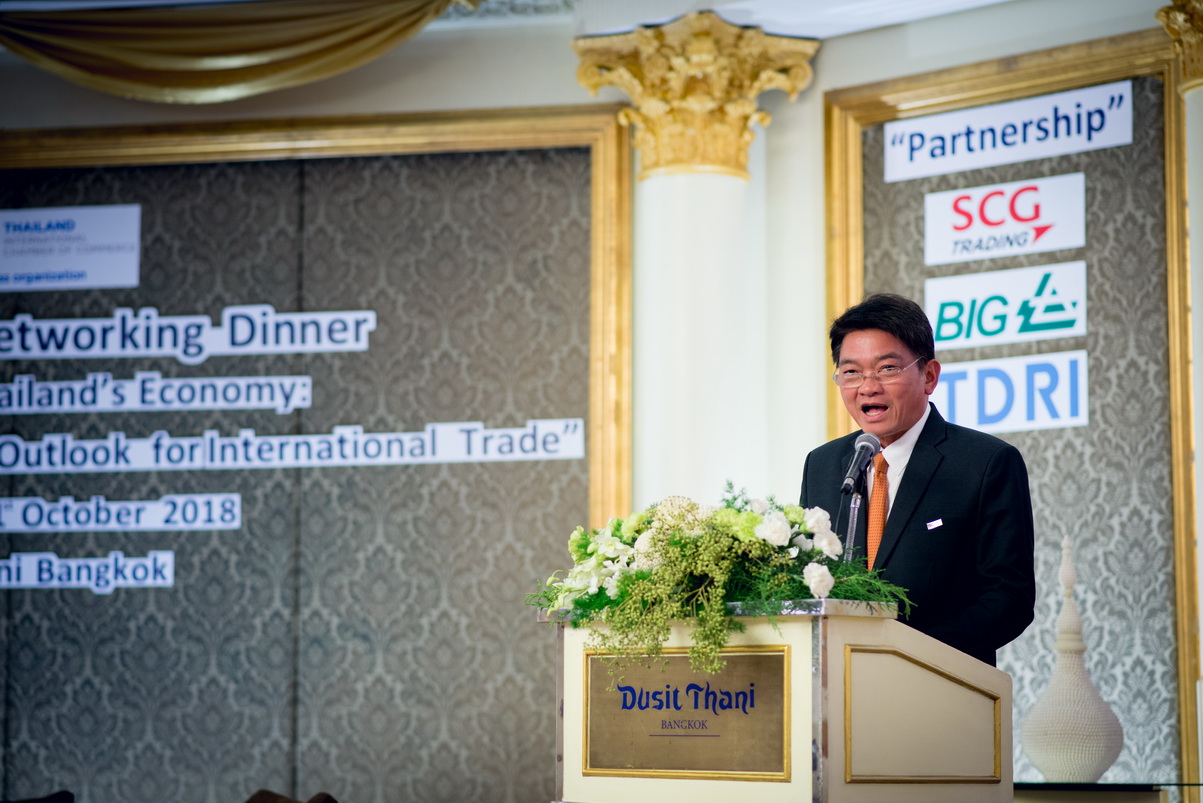 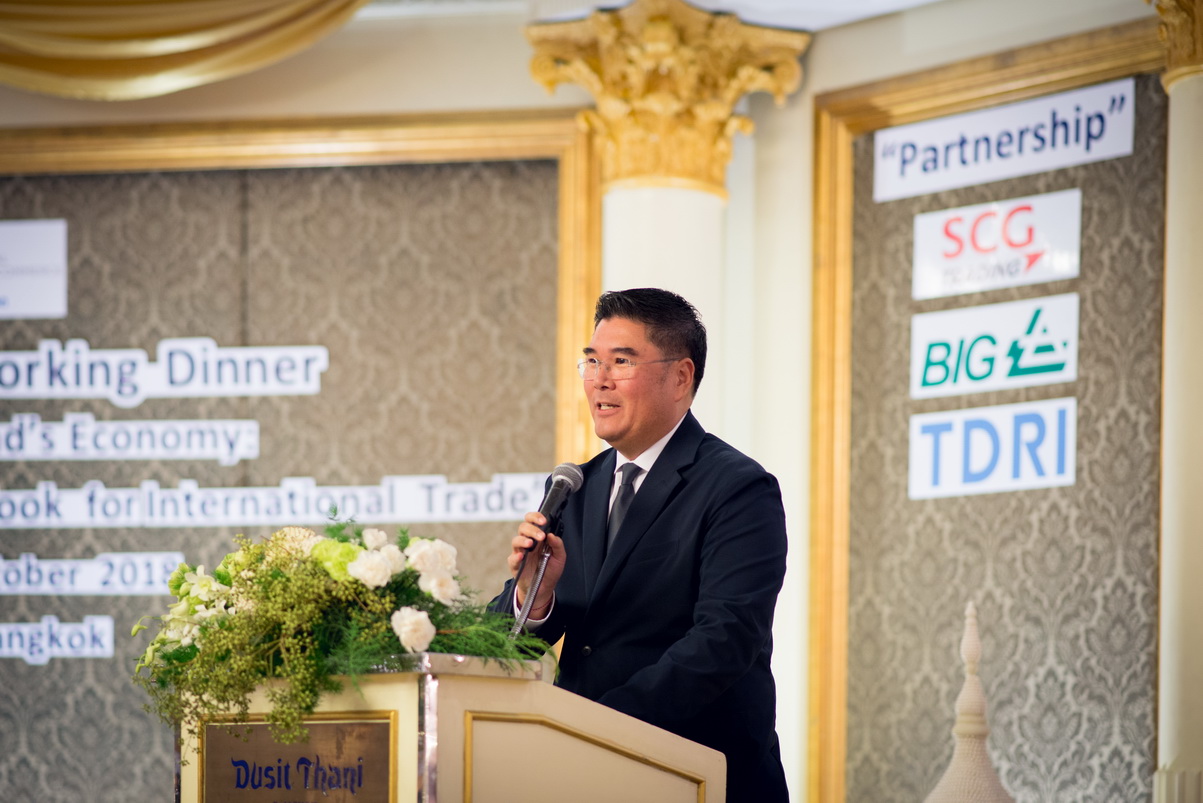 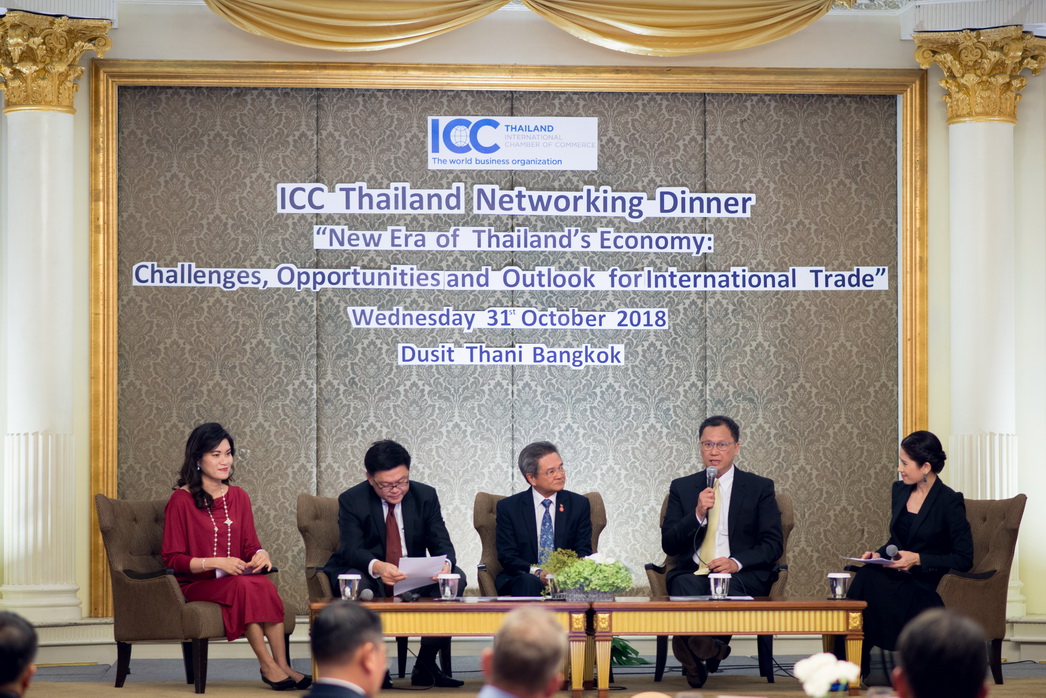 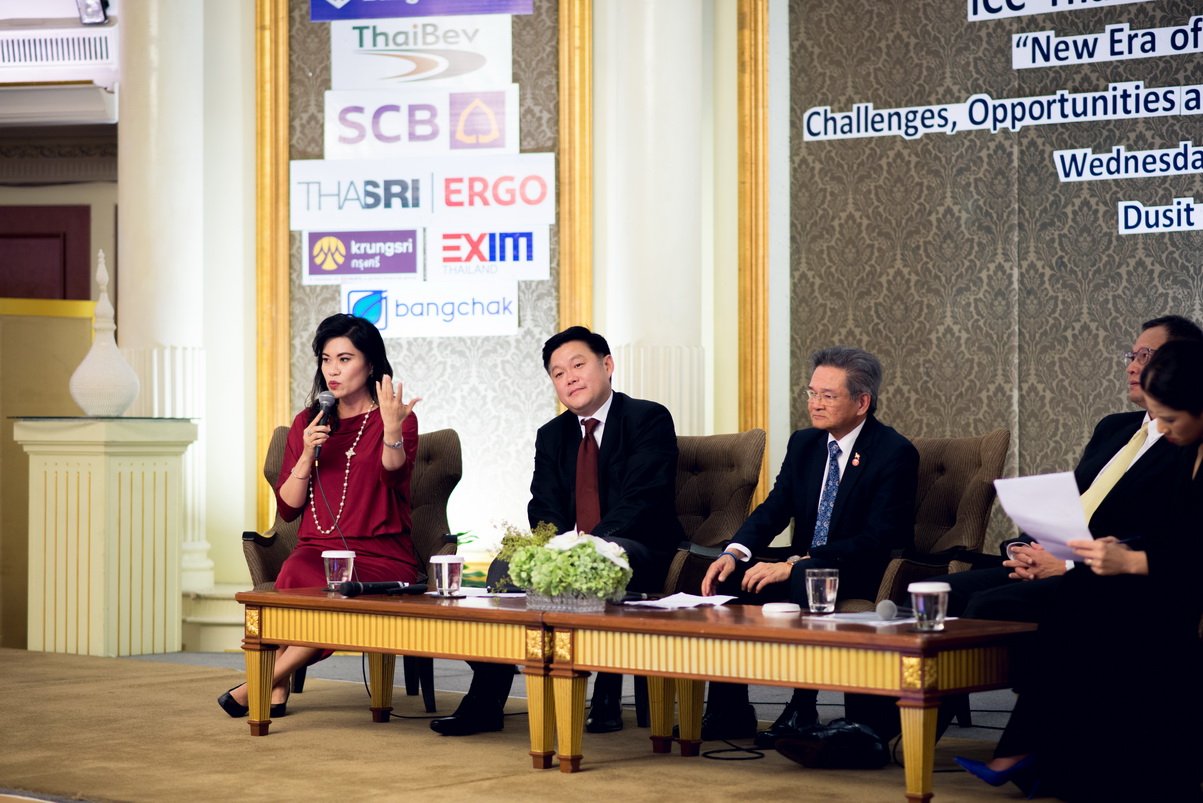 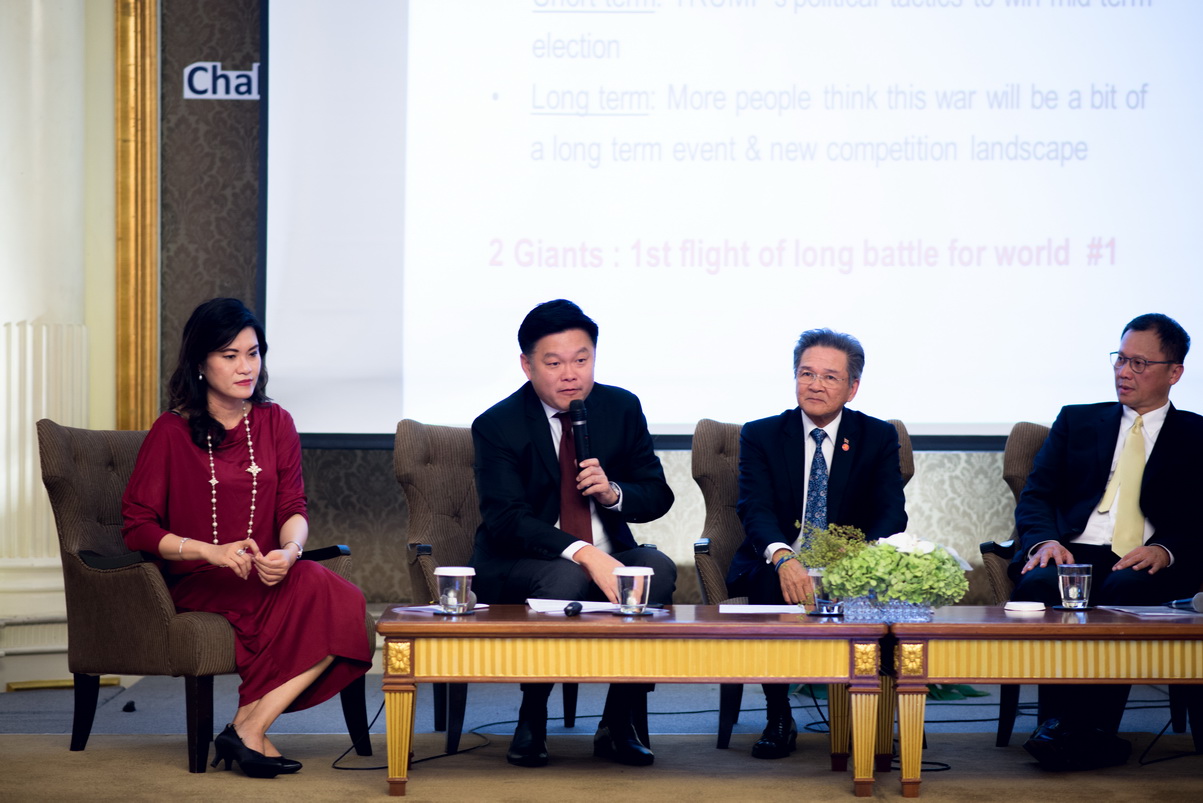 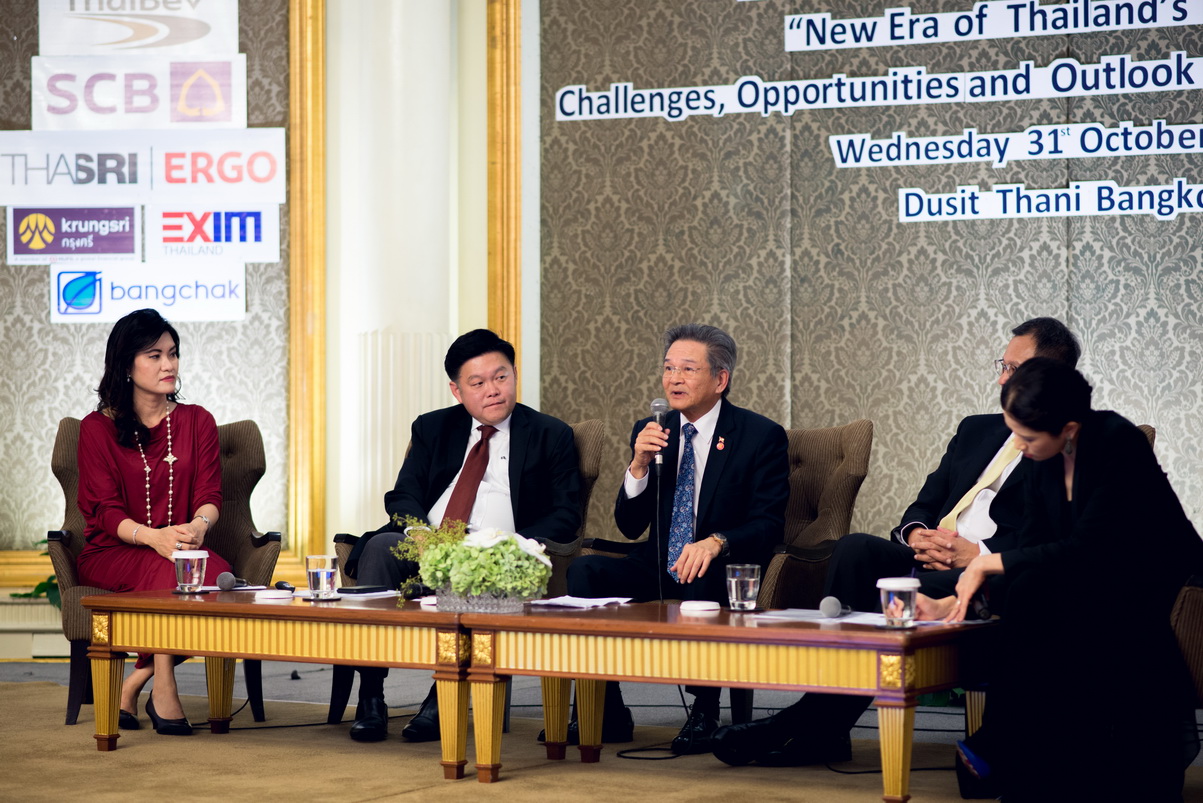 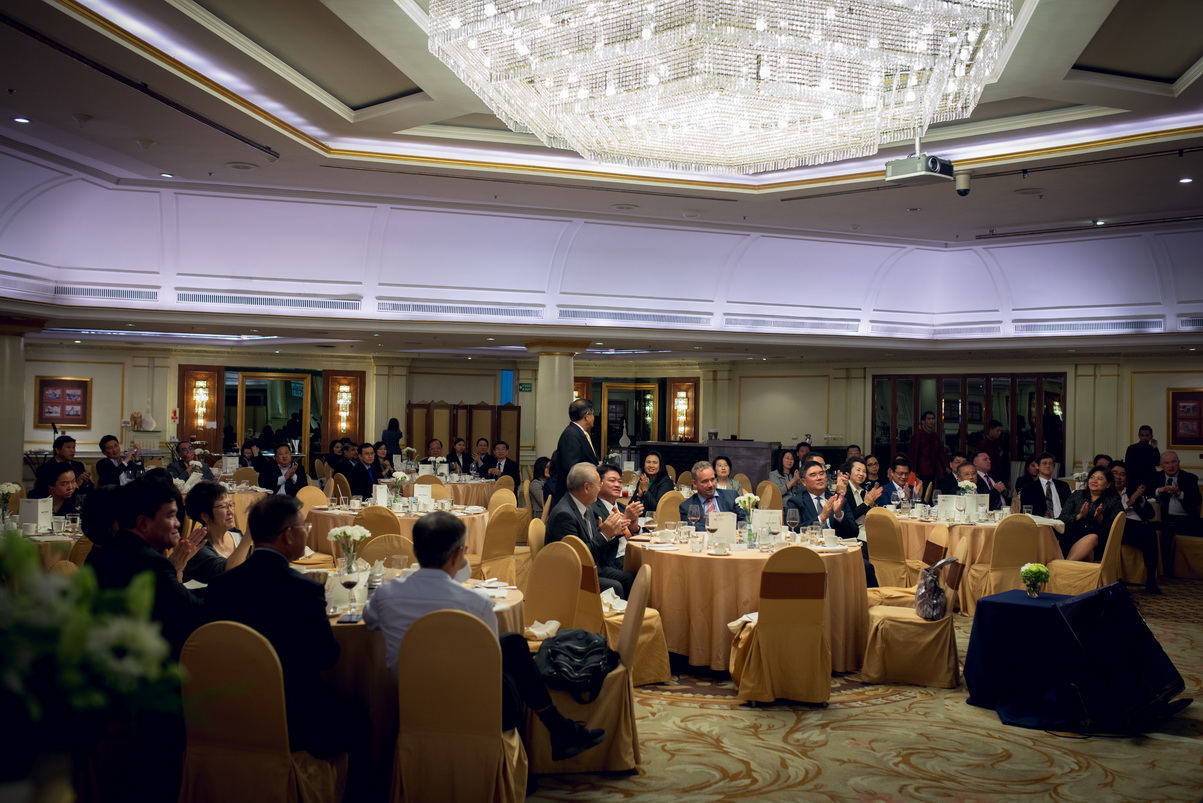 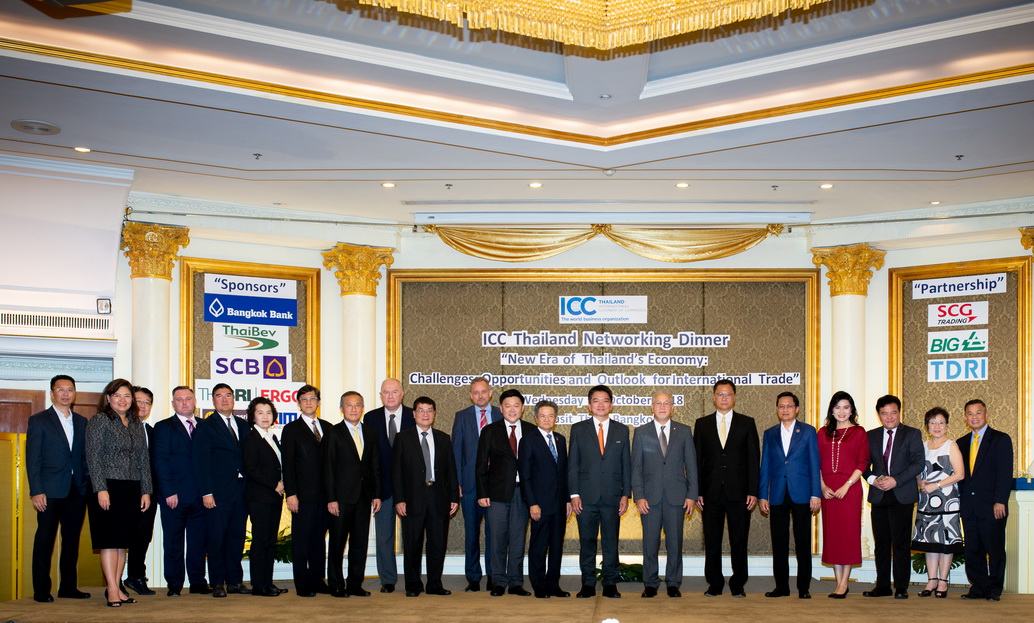 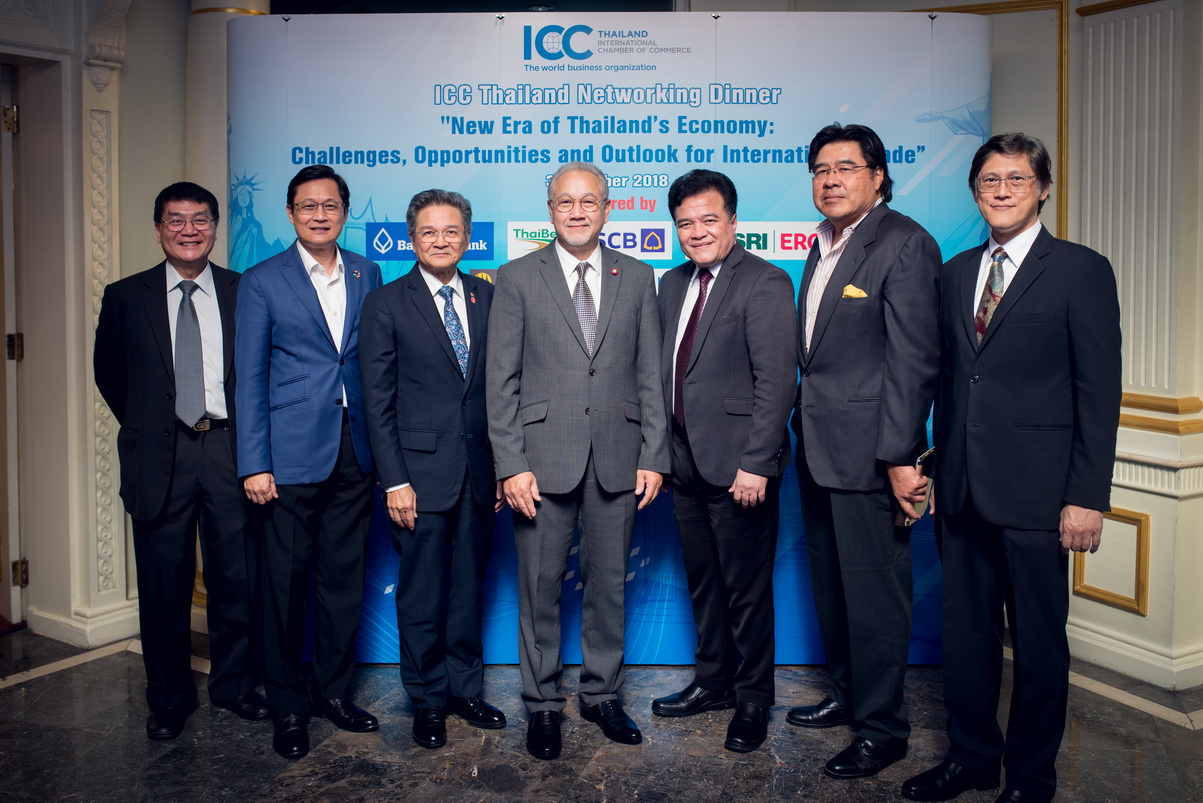